Destination Wedding in Barcelona: Mediterranean Seas, Culture and Style All in One City

Barcelona has been on the map for decades. Its location, culture, climate and international influence have made the city one of the most desirable destinations in the world for travellers.

Taking advantage of its numerous virtues and social impact, Barcelona has been dressed up to host many special events. Destination weddings in particular have frequented Barcelona for its luxury and excellent standards and servives. Think beach vibes, city glamour, and of course, world-renowned food.

Barcelona has been removed from many of the stereotypes associated with beach locations. Instead, Barcelona (otherwise known as the Ciudad Condal) enjoys a privileged maritime location, with refreshing areas full of good flavours that are combined with inner-city tourist delights. For this reason, Barcelona adapts to all of its visitors, offering a great variety for each type of visitor.

In this sense, the Catalan city plays a very important role in marital matters, because it frames each special celebration in a unique environment. From the Gothic Quarter, which dips into the most exquisite Spanish history, to the Barceloneta beach and its maritime essence… the surroundings are unbeatable.  There are also many alternative and artistic spaces that fill Barcelona with a modern atmosphere in constant evolution.

Piña Colada, Carla Aymat and Jordi Tudela are some of the photography companies within the city that transmit the spirit of Barcelona within wedding celebrations. Creativity reigns, and you’ll also see art from all ages and time periods installed in almost every corner of the city. 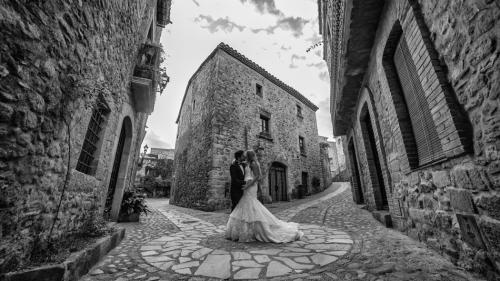 Despite globalisation and its consequent impact on many aspects of the economy, Barcelona has been able to maintain a major part of its authentic spirit. The spaces available for wedding and celebrations within the city have a totally unique character.

Masias, for example, are charming and authentic structures designed to capture emotions, and were constructed in beautiful rural spaces around the city. The purity and fairy-tale element of such venues pervade Can Ribas in particular, only 40km from the city. Alternatively, the hotels that surround the beach are staples of luxury, but also take advantage of the essence that the Mediterranean Sea brings, like the renowned Hotel W Barcelona. In the centre, modernist Barcelona is decked out with surrealist works from the creative Antonio Gaudí, and many spaces mimic the same character, such as the magnificent Hotel Majestic. This city is varied and unique. 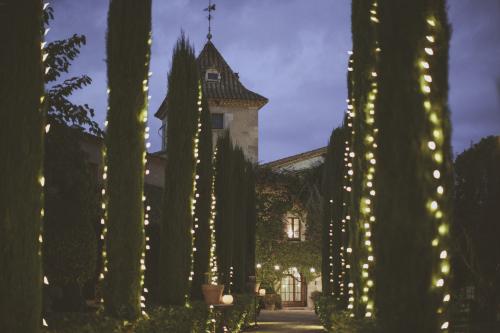 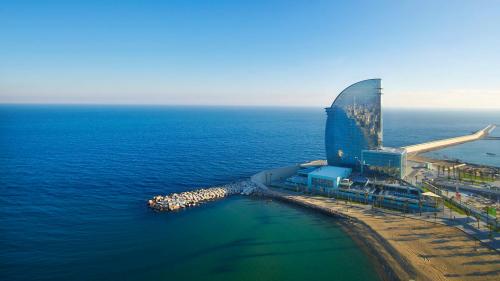 Barcelona has been progressive for decades. So not only does it boast the newest technologies, but it also is one of the leading cities in the world with regards to its values. Social tolerance and harmonious diversity are present in all over the city. Therefore, its population is wonderfully cosmopolitan, consisting of students, entrepreneurs, workers and visitors from all over the world.  Inmaculada García is a designer wedding dress label that exemplifies this, with a multicultural character in their diverse collections that adapt to brides from around the globe. 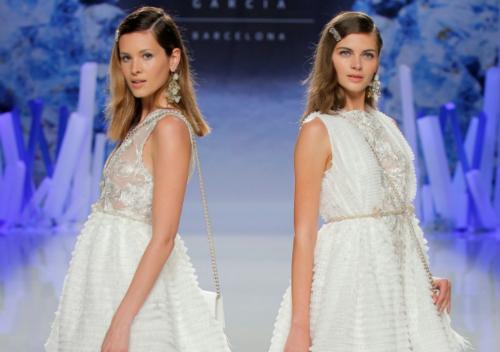 Barcelona stands out for being an open window to the world, through welcoming so many cultures. In particular, local wedding planning businesses like Belle Day Weddings, and certain programs like Barcelona Weddings – driven by Turisme de Barcelona – adapt to all visitors wanting to organize their weddings in the city, so as to blend the authenticity and creativity of Barcelona with the individual tastes and culture of the couple themselves.

Spanish cuisine is one of the best in the world. It stands out for its variety, thanks to the diverse environments that populate the country, and for its strong flavours. Catalonian gastronomy is even more distinctive, owing to its mountains and coastline, two landmarks that bring the best dishes, from fresh seafood, organic products and succulent meats. Barcelona’s cuisine plays with all types of flavours, textures and sensations.

El Bulli – now closed- and el Cellar de Can Roca are the greatest representatives of Cataluña with regards to its gastronomy. Both have been awarded, several times, with the distinction of Best Restaurant in the World by Restaurant Magazine through the renowned S.Pellegrino World’s 50 Best Restaurants list. With these main culinary pillars and numerous others following suit, Barcelona is sure to satisfy your taste buds.

The choice to have a destination wedding in Barcelona overtakes any doubts couples may have and exceeds the limitations that usually come with tying the knot far from home. Its privileged location has made it one of the major steps and passing points in Europe through which to experience the rest of the world.  For this reason, it possesses some of the best travel companies for both weddings and honeymoons.

Royal Caribbean, one of the main cruise companies today, and Xavi Fernández Viajes, which specialises in trips to the USA, are extraordinary options for planning your honeymoon according to your expectations. After a wedding of dreams in one of the cultural capitals of the world, there’s nothing left to do but embark on the most magical trip of your life right from the pretty Barcelona shores.

Barcelona has everything necessary to serve as an exceptional wedding setting. Fairy-tales start from beautiful places such as this! 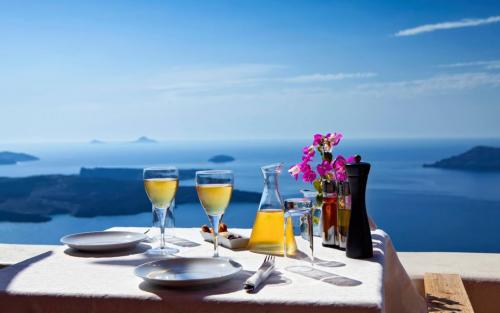 A Charming Egyptian Wedding in Cyprus