Built by Gilded Age architect Richard Morris Hunt for socialite Oliver Belmont, the Belcourt Mansion was modeled after Louis XIII's hunting lodge at Versailles and is now owned by Alex and Ani founder Carolyn Rafaelian. She purchased the property in 2012 for $3.6 million and has been renovating it ever since.

The Oscar-winning actress wore Dior, while the art gallerist donned a classic tux. 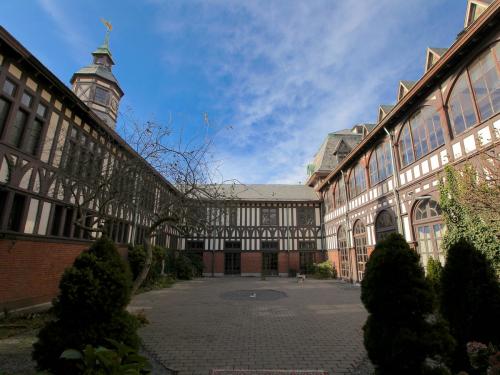 How to Plan an Intimate Outdoor Wedding

Things to Do in Mauritius on Your Honeymoon