The event that took place from 1 to 4 April at Fera Milano City Mico confirmed itself as a reference event for the bridal fashion sector at the international level, reaching 1,500,000 views on social networks thanks to the quality of the participating brands. At the fair, the concept of Bride in the city transformed into an exhibition with a specifically designed area.

Sì SposaItalia Collezioni, the leading international trade fair that has enlivened Milan Bridal Week, ends its Milano-based event with great success. The event confirmed itself as a reference point for the entire bridal fashion sector, attracting thousands of visitors and winning the attention of many national and international buyers, who appreciated the quality of the products introduced at the expo.

Even if few Asian countries were missing in this year's edition, the percentage of foreign buyers attending was the same as in 2019 thanks to the focus on new markets and the attractive spirit of the event, attended in person. There were 20% foreign buyers from European countries such as Greece, Poland, Germany, and France. 170 brands were present with their products ready for the next season and the 2023 collections offered a métissage of styles and a vision of new trends such as the transformist dress, the return of sleeves, the corset that emphasizes the silhouette or the romantic nude tulle. The high-level brands that participated, such as Gali Karten, Savin London, Savannah Miller, and Avaro Figlio elevated the contemporary character of the show, but it still remained faithful to its spirit with its gaze always turned to the future. 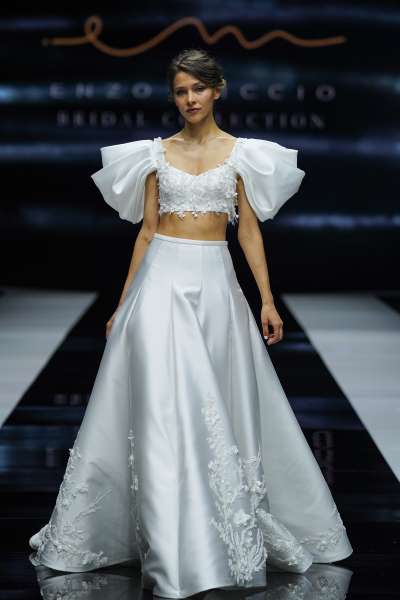 "We chose to participate in Sì Sposaitalia Collezioni because it is one of the most important fairs in the industry - said Dario Biglino and Sulabh Kalra, creative directors of the brand. With the bridal line Bianca by Avaro Figlio we wanted to take the unconventional traits of the Milanese brand since they were about elegance in a modern key but we offered something different from the traditional rules with a focus on more fashion and a new approach."

Glamour, elegance, and fashion worldwide were the three ingredients for the success of the event, which once again became a global showcase and a focal point for the development of new business opportunities for participating brands. The triumph of the wedding dress was also highlighted by the Bridal Week, which included a full calendar of catwalk shows, scheduled in the first three days in which well-known names participated together with leading figures in the sector such as Elisabetta Polignano, My Secret, Michela Ferriero, Maison Signore, Helena, Giuseppe Papini, Enzo Miccio, Allure Bridals, Terry Ilaflà, Amelia Casablanca, Julia Kontogruni and Kigili 1939. 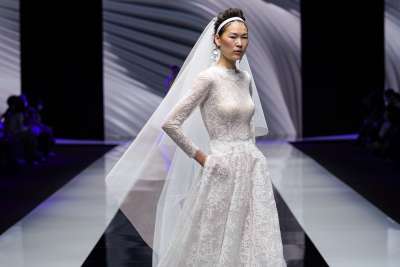 "We believe it is extremely important to get to know the Italian buyers and understand what is important to them. The trend for 2022 is to go beyond the concept of the traditional dress - I think brides are looking for a unique look. That's why it's very important to offer a line that you can customize," commented brand manager Justin Alexander. We are participating in Sì Sposaitalia Collezioni to launch our 2023 collection, because we love the energy and because it gives us the opportunity to interact with the Italian retailers and international guests in attendance."

Interaction with the new generation was also fundamental for the event, which reached over 1,500,000 views on social networks with users from all over the world (the USA, Brazil, the UK, and Spain being the most active countries), creating a real community with which to share the best moments of the event and with which we will continue to dialogue throughout the year, in view of future events.

In addition to the fashion shows, the Bride in the City area was also a protagonist: the concept staged on March 30, which saw models and famous figures climb aboard a hop-on bus customized by Sì Sposaitalia Collezioni, was in fact represented at the fair with an exhibition, where visitors were able not only to re-experience the thrill but also to admire the 10 dresses worn during the event on the road through Milan's fashion district.

Sì Sposaitalia Collezioni will be back with more novelties and trends in 2023 from April 14 to 17, with an event full of appointments and ready to attract big names in the industry and beyond.