Tiffany Trump's boyfriend, Michael Boulos, has shut down rumors that they are engaged, insisting that the party invitation announcing the news is fake.

Tiffany and Michael have been dating since they met in Mykonos, Greece, in the summer of 2018, and they have both spent plenty of quality time with each other's parents.

MTV Lebanon was the first to report that Michael and Tiffany, 26, were allegedly engaged to be married.

The 22-year-old heir to Boulos Enterprises took to his Instagram Story on Wednesday to address the false reports after ringing in the new year with the first daughter at President Donald Trump's Mar-a-Lago estate in Palm Beach, Florida.

'Want to wish everyone a happy new year!!' he wrote. 'FYI though, the letter/invitation that has spread around in the past two days is not real, it's been completely made up...' 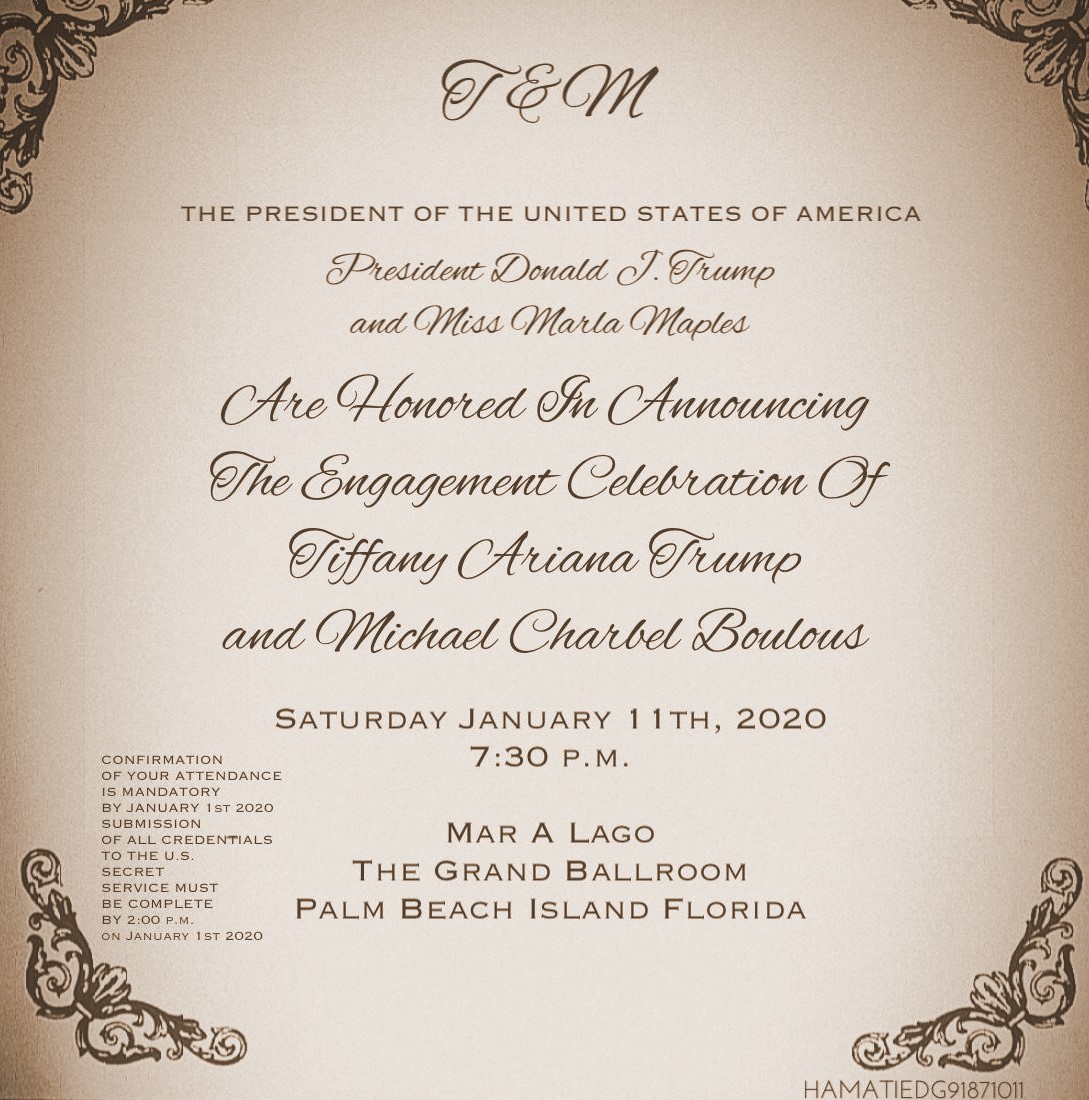 Michael ended his message with two 'face with tears of joy' emoji to show how comical he finds the situation. 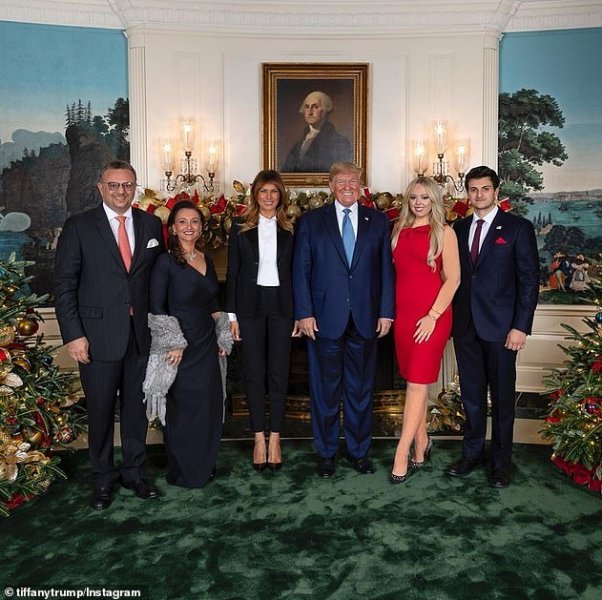