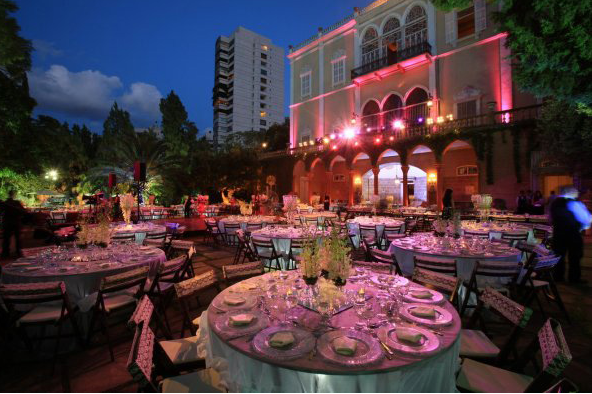 Built in 1860 by Moussa Sursock, it was recognized at the time as one of Beirut's grandest town house and it is today certainly the largest private palace of that period to survive intact, with its surrounding lush gardens, as a family home. The Sursock's origin goes back to Constantinople and they have been recorded as living in Beirut since 1714. Their great wealth was made in the early 19th century primarly in agriculture (wheat and cotton) and later in manufacturing (cotton mills). At its hight, the Sursock empire extended from Mersine, Turkey to Alexandria, Egypt passing by Lebanon, Cyprus and Palestine. With the advent of nationalist regimes in Turkey & Egypt and the creation of the state of Israel, the Sursocks lost both their lands and manufacturing facilities and the palace in Beirut is one of the few remaining symbols of their former glory.