Getting married soon?Looking to hire tableware & decor?Let's help you find the right supplier.
Get Offers Today

As always, Majeda Kassir Bisharat of MY Event Design has created another unique and beautiful event in Jordan. This time Majeda and her team came up with a magical engagement theme and décor based on Origami Cranes.

The Engagement party took place at a private residence in Amman, overlooking the eminent city of Al Salt. The space used for the main dinner party was originally a tennis court that was transformed into a picturesque scene solely for the occasion.

This unique engagement theme was the bride’s idea, as she came up with this beautiful inspiration!

What do Origami Cranes represent?

The idea of “Origami Cranes” originated from an ancient Japanese legend, which believed that, the Gods would grant a wish to anyone who folds 1,000 origami cranes. The crane is a mystical creature that was claimed to live for 1,000 years. Therefore, the origami cranes represent eternal hope, happiness and healing.

As for the details, the most special and unique detail at this engagement party was the harmonious combination of the floral arrangement along with the ‘Origami Cranes’ theme. The fuchsia Orchids and Peonies added an appealing contrast with the gold ambience providing a spectacular set up. 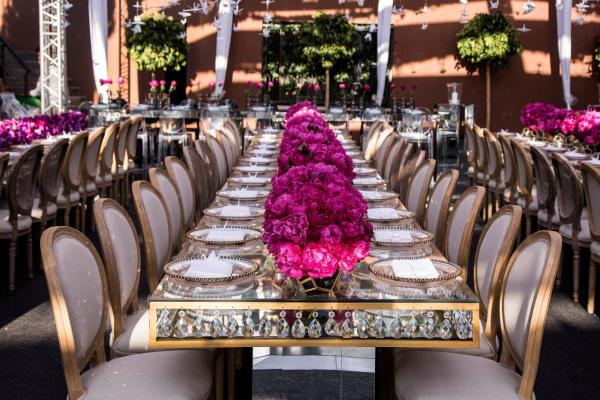 The swaying origami cranes also transformed the place into an extraordinary setting, where 7,000 origami birds with glimmering fairy lights and white drapes were suspended from the ceiling’s covering. 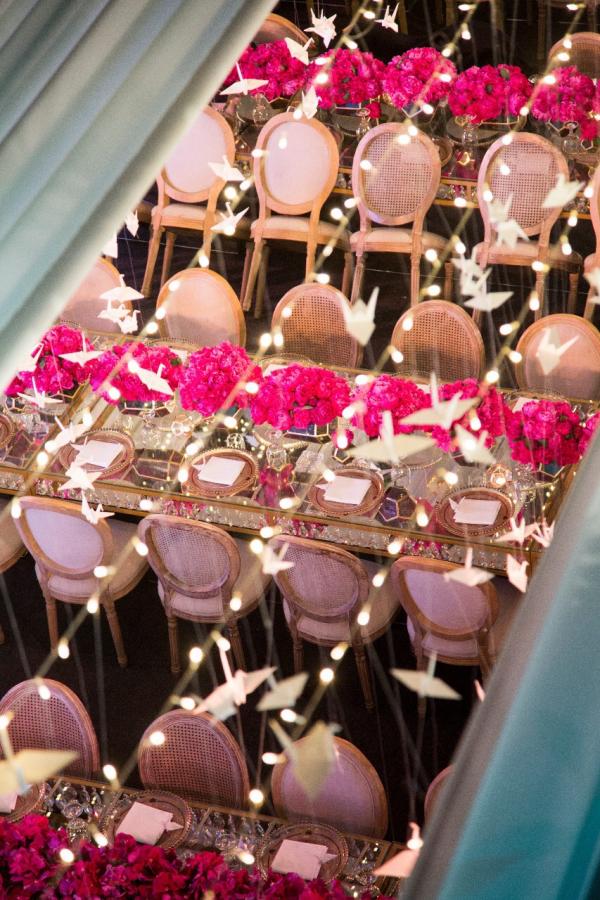 The cocktail area was on the top level of the residence with panoramic views of the entire space encompassing the residence. Guests first enjoyed a welcome drink, after which they headed to the dinner area strolling down a staircase with delicate fairy lights all the way to the designated area.

Half way through the dinner area, a dessert buffet was placed on the terrace overlooking the suburbs of Amman. The sight of the small towns with the sun setting in the horizon provided a spectacular view. The buffet consisted of a wide array of mouth-watering themed desserts, such as heart-shaped cookies with birds as icing and cupcakes with edible origami birds. Other desserts included different sizes and shapes of cakes, with printed origami birds, as well as, iconic desserts such as glazed donuts, macarons, banoffee pies and mille-feuilles. 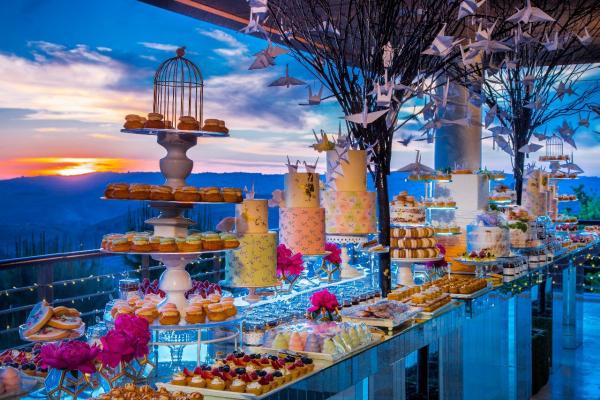 A simple yet elegant carpet was spread among the entire area, which was previously a tennis court. Guests were greeted by 7,000 origami cranes with twinkling fairy lights, green ivy, and ivory white drapes.

To add a touch of elegance, the team of MY Event Design opted for gold mirror tables with a crystal exterior frame for the dining tables, surrounded by high mirror bar tables with black and clear stools. Behind the bar tables the team hung large mirrors with a vintage golden frame from the truss. In front of the mirrors, there were small square mirror pots with trees planted inside, as well as gold geometrical chandeliers dangling from the truss. 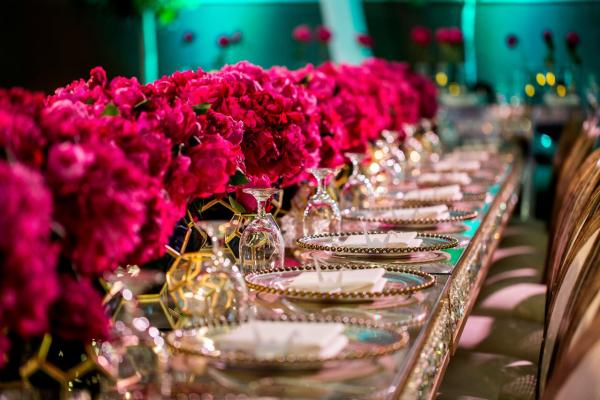 For the mirror dining tables, stunning handpicked fuchsia Orchids and blooming Peonies with golden geometrical vases were used as table runners and centerpieces. Candles were placed on the dining tables as well as on the cocktail tables. To top it off, the team of MY Event Design assigned placemats of two lovebirds with the couple’s names under the golden rim show plates, and placed origami birds on each show plate. 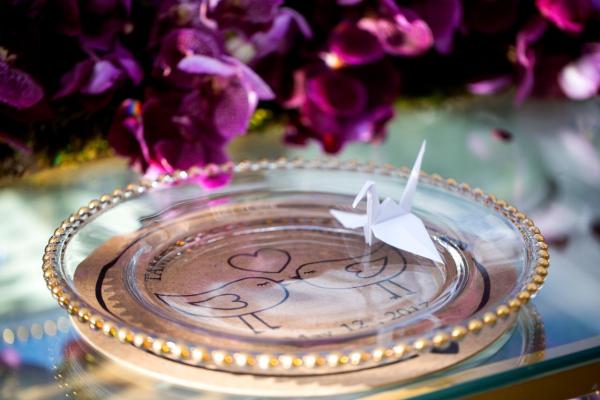 For the band stage, a shiny gold backdrop framing the AV screens was installed, which was matched by a gold floor print among the width of the stage. The performing band, Gatsby, flew all the way from London just for the special occasion, and put on a spectacular show! The guests danced the night away until the early moments of dawn, a truly golden moment! 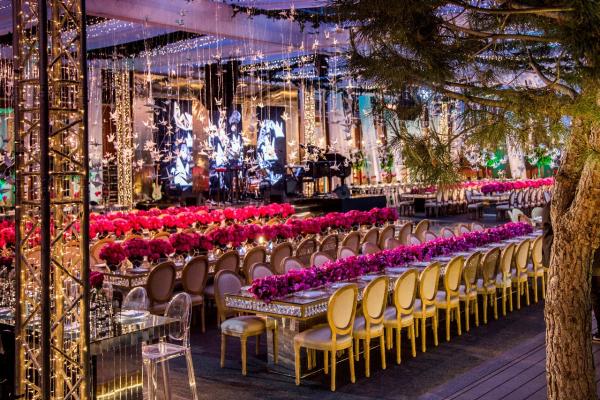 Ideas for a Yellow Wedding Theme

Your Wedding in 'Very Peri' Pantone's Color for 2022

A Guide to Choosing the Perfect Ring for an Engagement

Consider These 6 Vital Things When Buying An Engagement Ring

How to Properly Take Care of Your Wedding Ring