Vivek Bhatia and Shruti had a real life fairytale wedding in Dubai.

Not only did the duo choose one of the most luxurious hotels in the world as their venue to tie the knot, but they also became the first couple to marry at the Burj Al Arab Terrace which opened in 2016.

For more pictures and details of the wedding click here! 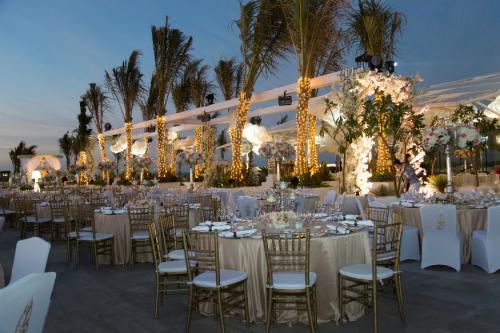 The theme of the wedding was romantic classic with a lot of whites, off-whites and peach color scheme which were used keeping in mind the couple's choices. Crystal clouds and flowers were also used to make the venue look even more stunning. 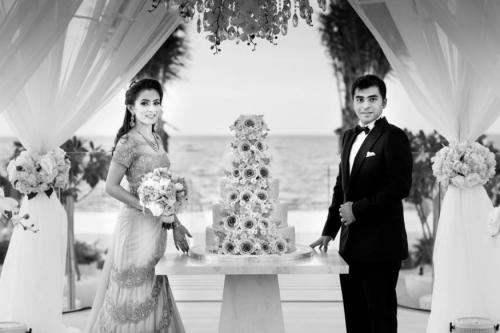 The event which had around 500 guests in attendance, had an Indian band play throughout the night. The highlight of the event was the entry of the bride and groom. "There was complete blackout when the bride and groom entered the wedding reception, and the spotlights were on them. The lovely couple led the whole walk through the pool area and then the cake-cutting happened after which there were fireworks for around 3 minutes," said Jardel Silva, designer of the wedding. 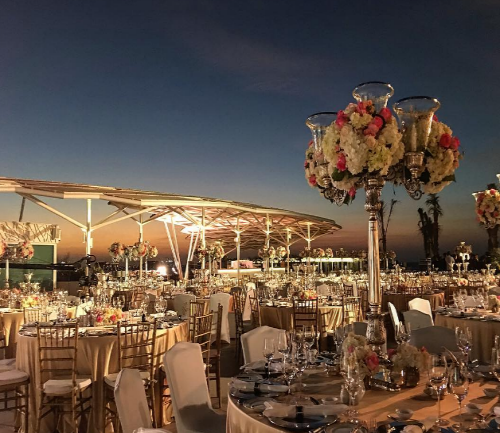 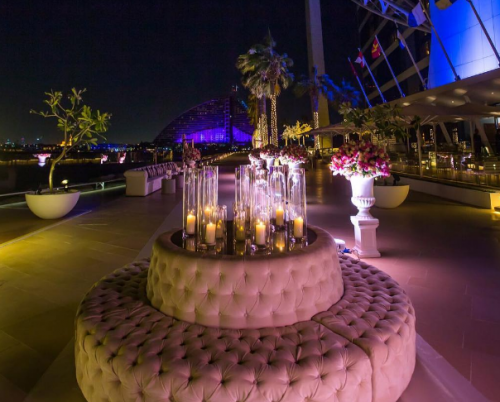