Inside The Most Expensive Wedding In The History Of London

This epic wedding is all over the internet and is the talk of social media, the Russian wedding of Mikhail Gutseriev’s son to a dentistry student is a wedding that will stay in history!

Oligarch Mikhail Gutseriev spent millions of dollars for his son’s weekend wedding in Moscow, which featured foreign stars such as Sting, Jennifer Lopez and Enrique Iglesias.

Gutseriev, estimated by Forbes to be worth $6.2 billions, owns www including the oil company Russneft and has also written songs for famous Russian singers. It was little wonder, then, that he brought in top performers for the wedding on Saturday of his Oxford-educated 28-year-old son, Said, to 19-year-old Khadija Uzhakhova, a dentistry student from the Gutserievs’ ethnic homeland of Ingushetia.

J-Lo reportedly performed choreographed hits with a troupe of dancers, at one point joking that pronouncing the bride and groom’s names was “the hardest thing I had to do today”. She has commanded up to $1.4m for similar performances in the past.

Sting, who served as the de facto wedding band with songs such as Message in a Bottle and Every Breath You Take, was photographed holding a bouquet and talking to a slightly awkward-looking Said. Other performers included Iglesias, French star Patricia Kaas and Russian singer Alla Pugachyova. 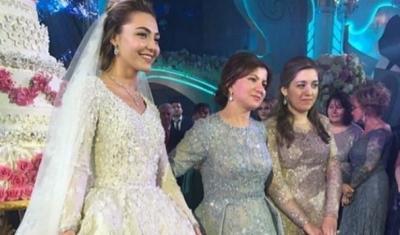 And if the star performances weren't enough to wow the audience, guests also left with their own bedazzled jewelry boxes. 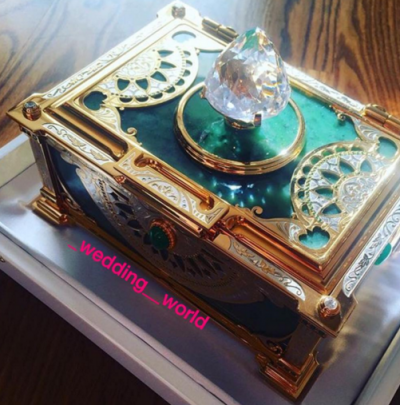 About 600 guests, including the Ingushetian president, Yunus-Bek Yevkurov, attended the celebration at the upscale Safisa restaurant, which was covered floor-to-ceiling with elaborate flower arrangements that Komsomolskaya Pravda newspaper reported cost about $200,000.

The bride was bedecked with diamonds and wore a custom-beaded Elie Saab gown. The nine-tiered wedding cake was topped with a Muslim crescent moon and star.

The second part of the $1.3 billion wedding party is to be held at a secret venue in London this weekend, this time with celebrities including Sir Elton John and Beyonce performing. 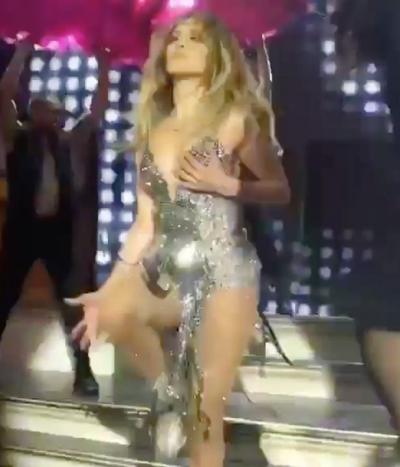